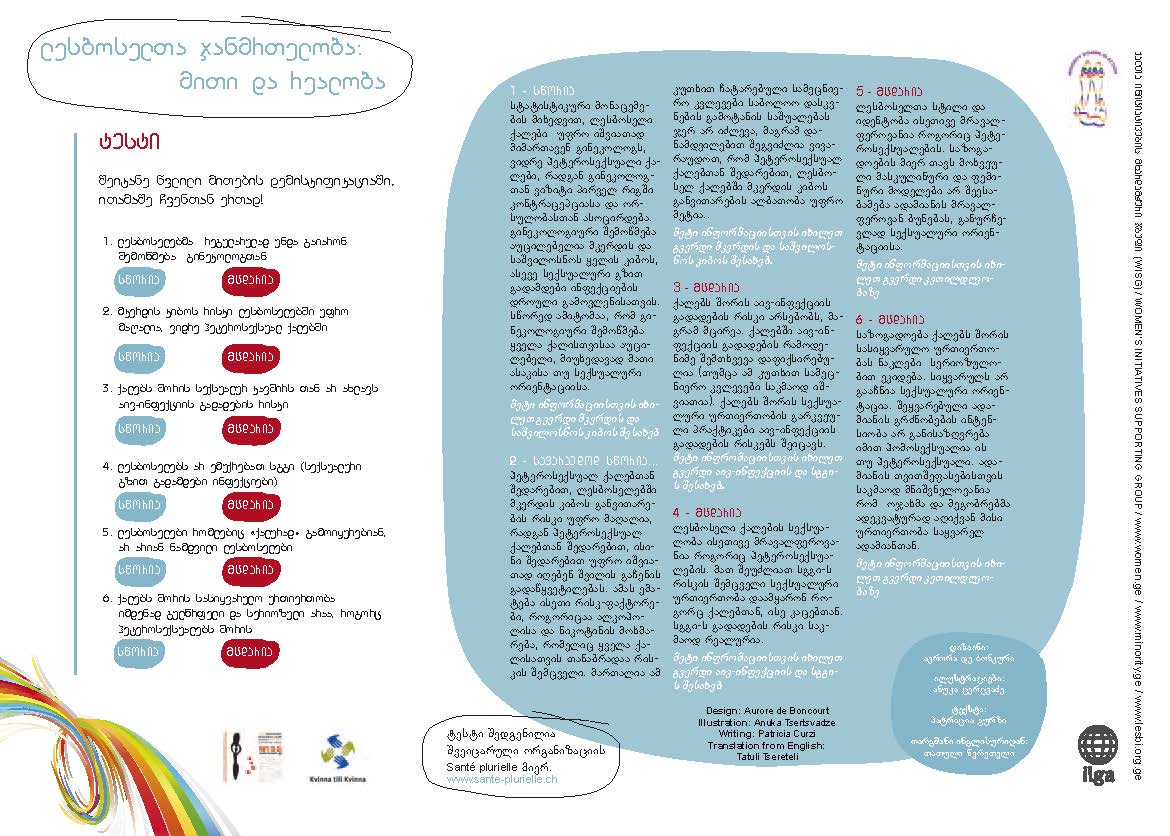 Health is not immune to some myths; and when the health of lesbians is concerned, we are confronted with many stereotypes linked to sexual orientation and gender that can have adverse consequences on the health of lesbians. Unfortunately, due to the lack of information and public awareness campaigns, some false beliefs and prejudices are driven by lesbians themselves, as well as by health care professionals.

In the leaflet one can find most widely spread “myths and realities” surrounding lesbians’ health. The themes tackled are Breast and Cervical Cancers, HIV and Sexually Transmitted Infections, and Well-Being. The illustrations reflect the content of the texts.

The publication was prepared in the frame of the project To promote of healthy sexual lifestyle among LBT community supported by Kvinna till Kvinna.