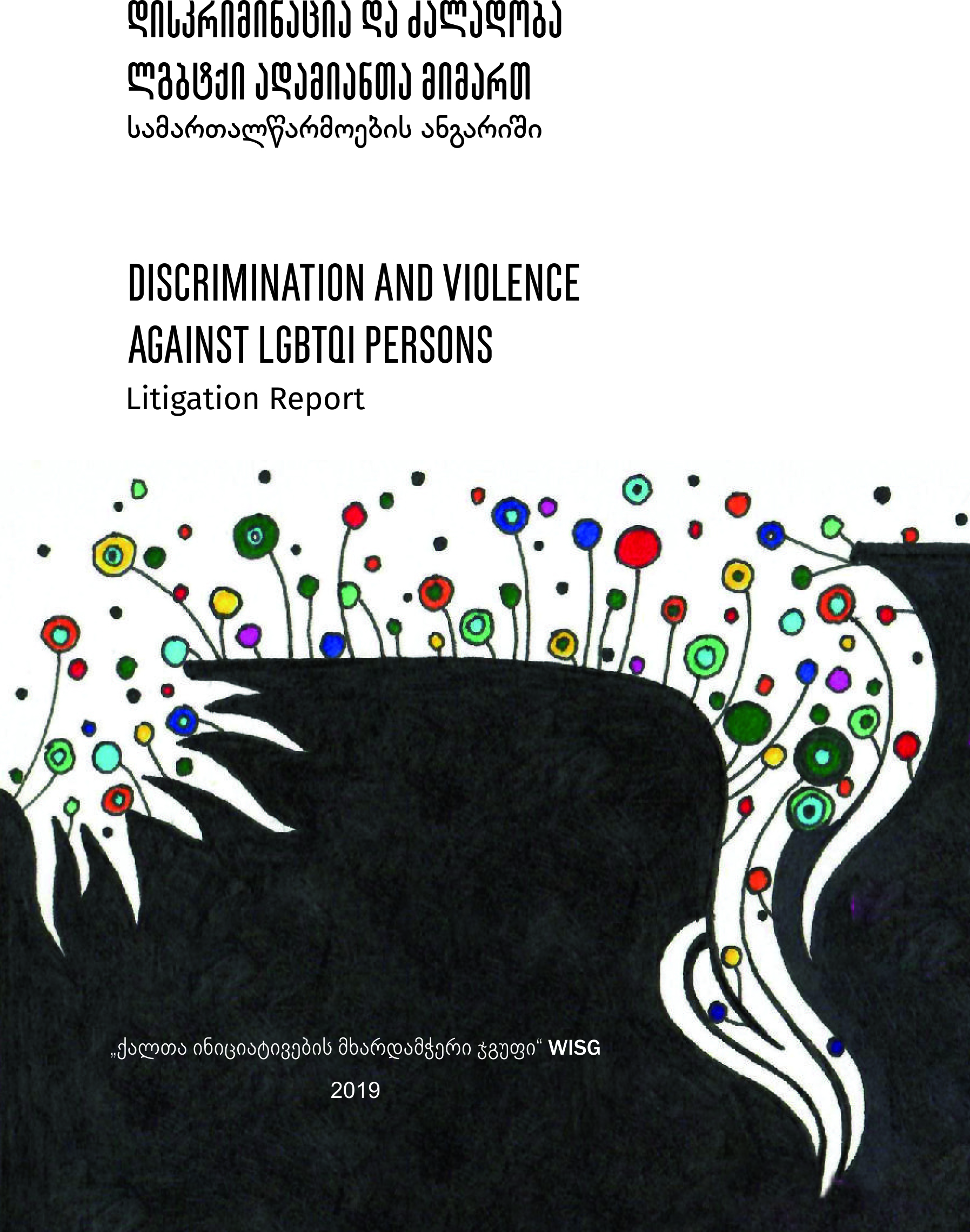 According to study conducted by the European Council in 2018, „people are most aware of the fact that LGBTQI people are victims of hate crime and hate speech. At the same time, attitudes towards LGBTQI people are worse than towards any other group”.[1]

On April 17, 2018 Human Rights Action Plan (for years 2018-2020)[2] was approved. It is as a key state policy action for human rights protection. However, the above-mentioned plan does not include measures for protecting LGBTQI persons from discrimination and violence. In the plan, there are no scheduled objectives for reducing stigma related to sexual orientation and gender identity in society and stereotypes towards LGBTQI people. The plan is completely void of LGBTQI people’s needs.

In the process of working on the plan, there was a pledge from the Georgian Government that by the end of 2018 the plan would entail actions aimed at improving the state of LGBTQI people’s rights,[3] although this pledge has not been fulfilled so far. UN Independent Expert on Protection against violence and discrimination based on sexual orientation and gender identity Victor Madrigal-Borloz also pointed about the mentioned issue in his report.[4]

With today’s situation, the State does not have a uniform strategy for fighting against homo/bi/trans phobia, which is severly reflected on everyday lives of LGBTQI people and prevents them from utilizing their rights and freedom.

The following document represents a report of cases produced by Women’s Initiatives Supporting Group in 2018. Based on examples of produced and documented cases, it analyzes problematic issues related to reporting by victims and violence based on sexual orientation, gender identity and expression. The report also contains information related to legal results of the cases litigated in 2017.

The report aims to represent facts of infringement of LGBTQI people’s rights and practices on those cases by the respective authorities or from the judiciarry.

During the accounting period, the so called ‘outing’ cases and unlawful processing of personal data of trans persons were particularly relevant. In several cases, trans people appealed to corresponding authorities and appropriate legal outcomes were achieved.

See the full report below:

[2] Resolution of the Government of Georgia ”About Approving Government Action Plan for Protection of Human Rights”, 17/04/2018. Available at: https://matsne.gov.ge/ka/document/ view/4153833?publication=0

[4] Human Rights Council. Report of the Independent Expert on protection against violence and discrimination based on sexual orientation and gender identity. §18. 2019. A/HRC/41/45/Add.1 Available at: https://undocs.org/en/A/HRC/41/45/ADD.1?fbclid=IwAR1uGxuJ6lMh0KqfYO9D1vUN MQv4SWO0LSiwgZcH7UQCeSdylM71tmToyZo