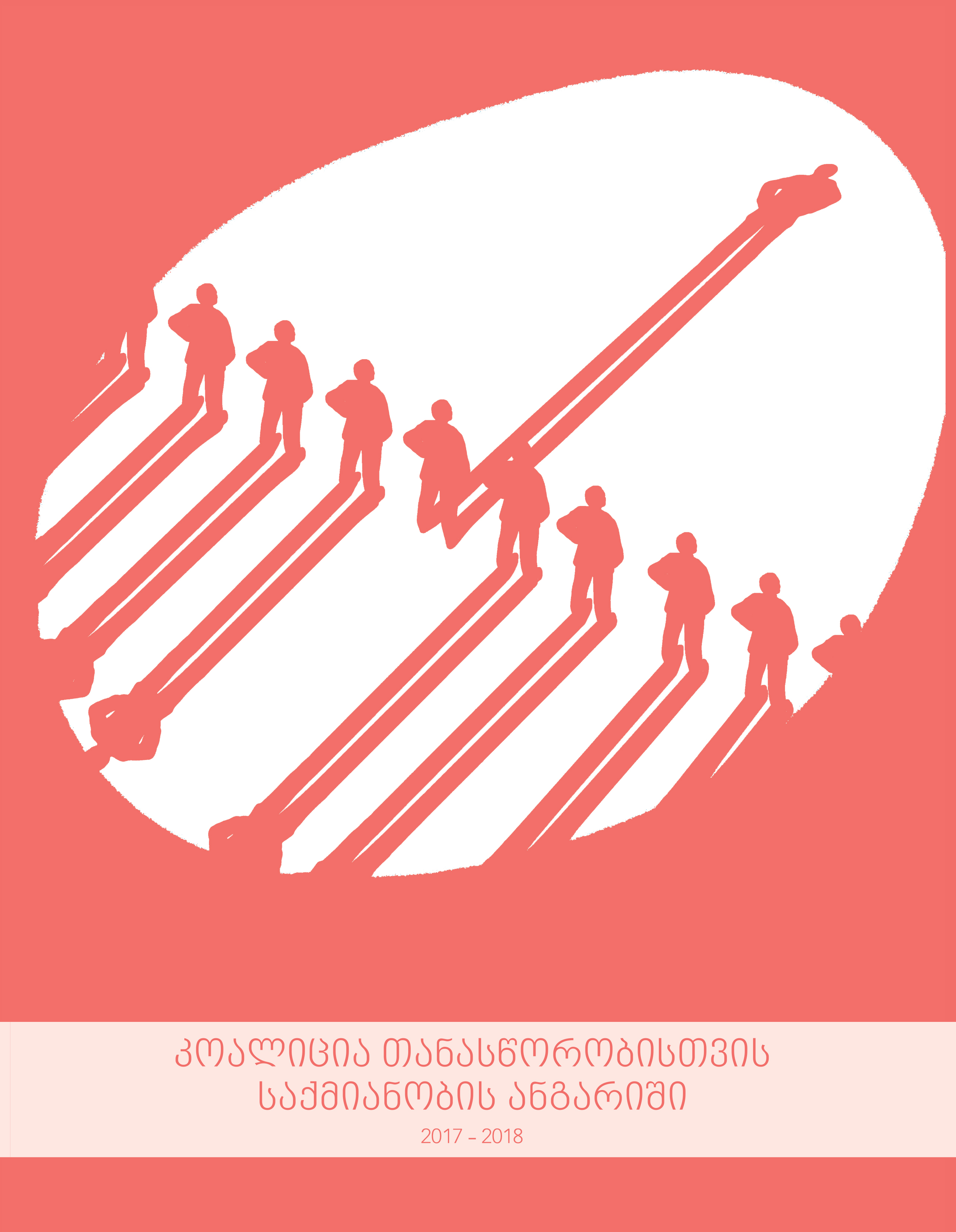 This is the fourth of the Coalition For Equality covering the period from 1st January to 31st December 2018. This report outlines the cases taken by the coalition member organisations litigated in the Public Defender’s Office and the Common Courts based on the” Law of Georgia on the Elimination of All Forms of Discrimination”.

Within the reporting period, the coalition member organisations litigated 62 cases.

The informal coalition For Equality was created in May 2014 with the aim of participating in the process of adopting the anti-discrimination law. Since its adoption, the coalition member organisations use the basis provided for in the “Law of Georgia on the Elimination of All Forms of Discrimination” for legal proceedings.

Currently the coalition consists of 10 non-governmental organisations, which are the following:

If you believe you have been a victim of discrimination contact the “Coalition for Equality” via hotline: 568 471414. Qualified lawyers will provide legal assistance free of charge. They will prepare legal documents and represent your interests before the Courts and Public Defender’s Office of Georgia.